you know that those who run in a race all run, but one receives the prize? Run like that, that you may win. Every man who strives in the games exercises self-control in all things. Now they do it to receive a corruptible crown, but we an incorruptible.
1 Corinthians 9:24-25
Context
1 Corinthians 9 [15.] But I have used none of these things, and I don’t write these things that it may be done so in my case; for I would rather die, than that anyone should make my boasting void. For if I preach the Good News, I have nothing to boast about; for necessity is laid on me; but woe is to me, if I don’t preach the Good News. For if I do this of my own will, I have a reward. But if not of my own will, I have a stewardship entrusted to me. What then is my reward? That, when I preach the Good News, I may present the Good News of Christ without charge, so as not to abuse my authority in the Good News. For though I was free from all, I brought myself under bondage to all, that I might gain the more.

1 Corinthians 9 [25.] Every man who strives in the games exercises self-control in all things. Now they do it to receive a corruptible crown, but we an incorruptible. I therefore run like that, as not uncertainly. I fight like that, as not beating the air, but I beat my body and bring it into submission, lest by any means, after I have preached to others, I myself should be rejected.


goals
PIB Scriptures are derived from the World English Bible 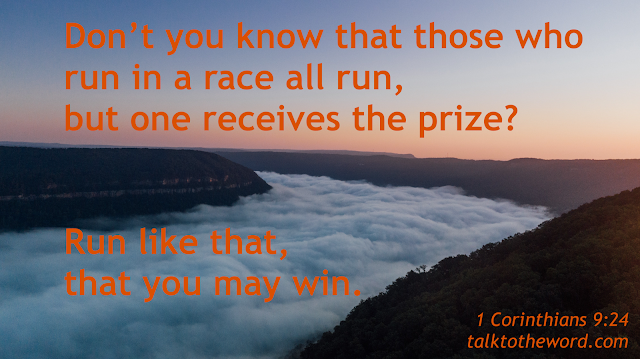 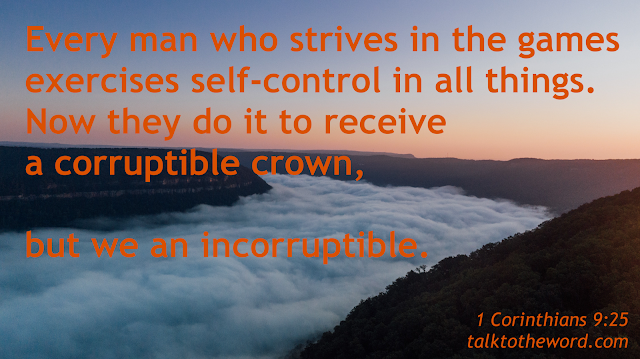