of sexual immoralities, let each man have his own wife, and let each woman have her own husband. Let the husband render to his wife the affection owed her, and likewise also the wife to her husband.

1 Corinthians 7 [6.] But this I say by way of concession, not of commandment. Yet I wish that all men were like me. However each man has his own gift from God, one of this kind, and another of that kind. But I say to the unmarried and to widows, it is good for them if they remain even as I am. But if they don’t have self-control, let them marry. For it’s better to marry than to burn. But to the married I command—not I, but the Lord—that the wife not leave her husband (but if she departs, let her remain unmarried, or else be reconciled to her husband), and that the husband not leave his wife. 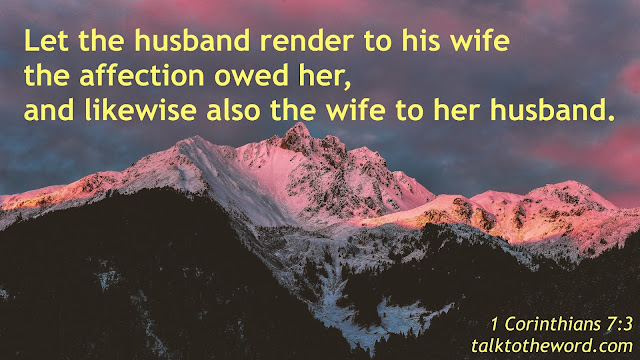