we have borne the image of those made of dust, let’s also bear the image of the heavenly. Now I say this, brothers, that flesh and blood can’t inherit God’s Kingdom; neither does the perishable inherit imperishable. 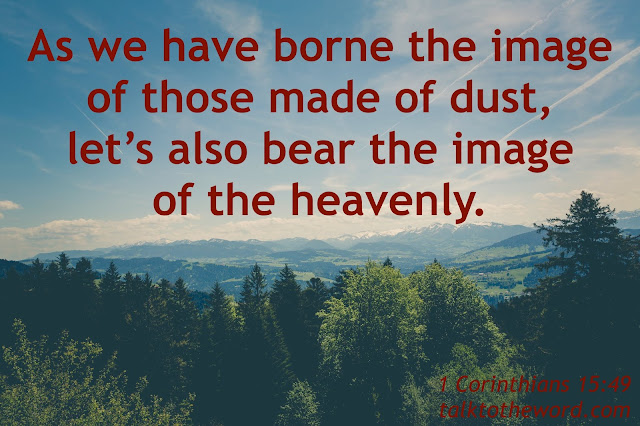