[Ephraim's] daughter was Sheerah, who built Beth Horon the lower and the upper, and Uzzen Sheerah.

a. 1 Chronicles 7:23 “Beriah” is similar to the Hebrew word for “misfortune”. 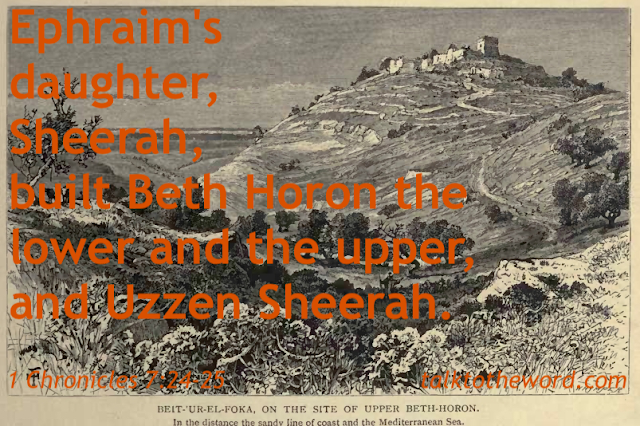